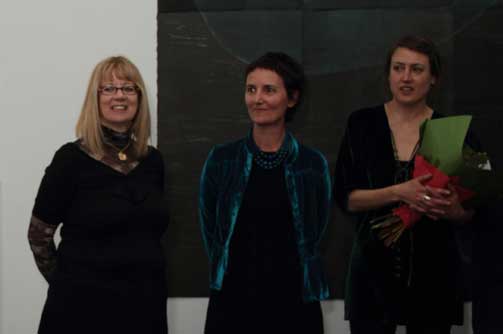 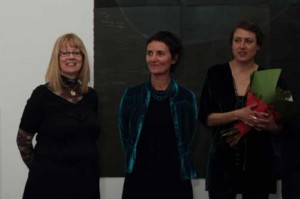 “Before we started I expected the process to be challenging, exacting and exhilarating. In reality at times I felt stripped bare, my private inner artist open, raw and vulnerable. But this was tempered by the belief that a new journey was beginning, a voyage in uncharted waters, and the excitement was immense”.

“I thought that mostly it would be challenging, a kind of surrender. That it would involve a great deal of conscious effort to see the work as not ‘mine’, but ours … I thought that it would be hard to always embrace and work with the aesthetic choices of two others. Because there are always going to be some choices that you wouldn’t have made. You are in complete control when you make your own work, as an individual. The choices are always your own”.

We intended the process to be an exploration: an exploration of layering of ground upon ground, intersections and counterpoints created as we pass paper over for another to print the next layer, and decide together at which point each part of the whole is complete; an exploration of making plates, mixing colour, drawing line, inking up, working out composition in complete collaboration. In doing this, we have each confronted the risk of handing over work, having someone else work over it, taking it back altered, having foreground rendered into background, and back again. Equally, we have (necessarily) explored the ways in which individual ideas of creating line and picture at times intersect and at times work in counterpoint.

“We struggled with each other and ourselves at times … it often felt uncomfortable, mysterious and unsolvable. As our images took shape, it became clear that the process was incredibly open and organic, and fragile, full of possibility, murkiness, and great depth.  The prints intrigue me – they seem to have a life all their own that shows all our hands, but none simultaneously”.

“I am surprised in some ways how truly collaborative the actual making was. For example, one person would sketch the line on the plate, another carve it, another ink it up. One would take a lead on the composition, while another mixed colour. It was far more of a cocktail than I expected. I think I must have pictured one of us creating one layer, then the second person going over that, the third over that again. But the three of us were well and truly in each layer”. 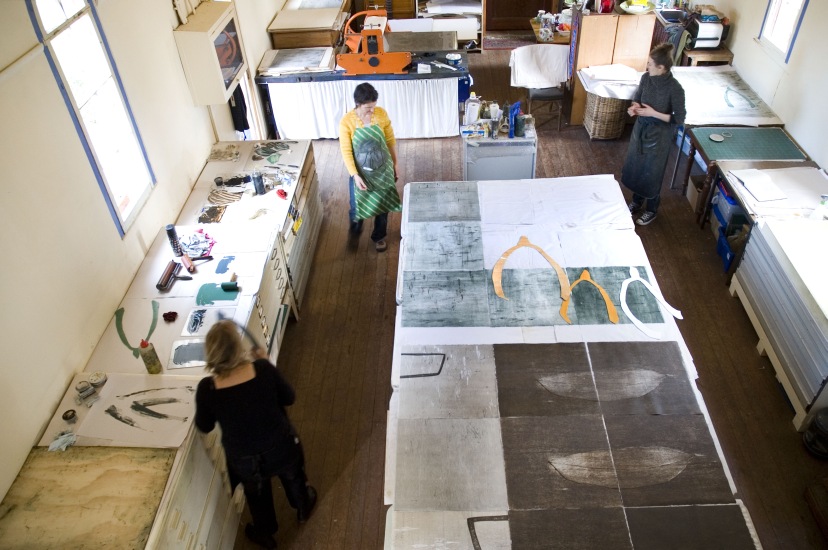